Live Video and News from Bilderberg 2012 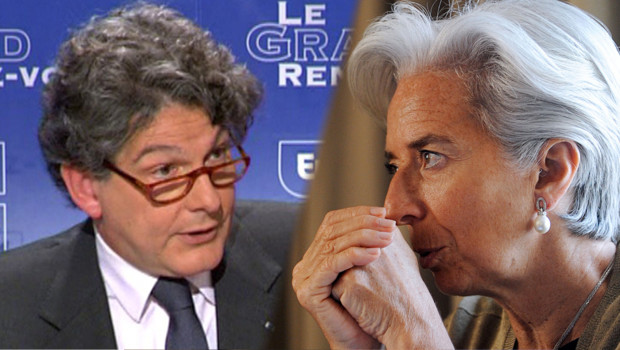 Time to think again, BBC. The UK public does not share your EU enthusiasm

BBC’s Analysis revisited the issue of Greece leaving the eurozone last night. It was a topical and sensible decision to make such a programme. It is just a pity it was so poorly researched, offering so much time to people who think the exit of Greece is both illegal and likely to prove disastrous.
The BBC implied that leaving currency unions has been very rare. Why haven’t they studied the 70 plus exits since 1945? Why didn’t they just revisit their archives and discover how common it has been? Why did they say they could only think of the split of the Czech Republic from Slovakia where they also split currencies? Why didn’t they remember the break-up of the 20 member rouble zone? Why not the successful departure of Ireland from the sterling area? Why not the general break-up of the sterling and French franc areas?
The BBC made out that it would be very complicated to switch money and contracts from one currency to another. If they had studied the large number of exits from currency unions they might have thought differently; if they had remembered that all the same complications existed when the 17 member states’ currencies were scrapped on entry into the Euro, yet this happened easily. I do not recall them issuing such warnings when Germany scrapped the DM and France the franc.
They gave great air time to the notion that it would be illegal to leave the Euro. This, they argued, would mean Greece would have to leave the EU, and then would find it more difficult to trade with the EU. Why should either of those two things happen? Presumably the rest of the EU would still want Greece to buy their products. Greece and the rest of the EU would still be bound by international trading rules.
Why would they seek to evict Greece from the EU if all agreed she just needed to withdraw from the Euro and did not also wish to leave the Union? Why didn’t the BBC consider the proposal I have published for Greece to become an “applicant” to re-join the Euro, but only if and when she met all the requirements in terms of state debt, inflation, currency variation and budget deficit? There are 10 EU members who are not Euro members – most are so called applicants to join. This gives plenty of legal cover. When did France and Germany last worry about the legality of mechanisms to fix the Euro? What was the legal base of the first EU bailout fund?
The BBC’s journalists made heavy weather of the relatively straightforward idea that Greece should have her own currency back. They did cite the view that maybe Greece would export more from outside the Euro, but gave this little voice and made it sound silly because they went so heavy handed on the legalities and complexities.
Time to think again, BBC. The UK public does not share your EU enthusiasms, so it is time to be more careful in your reporting – especially over the facts which you mangled last night on the break-up of currency unions.
The Rt Hon John Redwood MP is the Member of UK Parliament for Wokingham and the Chairman of the Conservative Economic Affairs Committee. His articles are cross-posted on his blog by agreement